The 4.5 Patch featured naval units and introduced the character of Captain Pike, along with the following factions:

It also introduced Asynchronous and Synchronous PvP through the implementation of the Combat Arena. A number of bugs were also fixed.

We are proud to announce that Battle Nations 4.5 has been submitted and will be live soon! Captain Pike’s war with the Sovereign Navy is coming to your Outpost, and he needs all the help he can get. The Naval Warfare campaign will include new missions, units, locations, and enemies!

Our 4.5 Update also brings Asynchronous PvP to Battle Nations. Now you'll always find an opponent when you’re ready for a fight. When you engage in Async PvP and go against other player’s defensive formations, you'll earn gold and rare resources!

Here is the full breakdown of the 4.5 Update:

New campaign! Join Captain Pike in his battle against the Sovereign Navy and the Reef Bandits.
New Naval units and defenses.
4 new maps to explore.
Two new attack types: Depth-Charge and Torpedo.
One new DOT status: Breach.
Naval themed buildings and decorations.
The Naval Campaign unlocks at level 25 (or above).

Build the Arena and set up your Defense Formation.
Use PvP Energy to engage in battle with another player’s defenses.
Win battles to earn Gold and Rare Resources (Skulls, Teeth, Gears, Bars)!
PvP the way you want, through Async or Traditional PvP.

Infected buildings and decorations have been removed from the Build Menu.
Prestige buildings now unlock at Level 65.

Fix for players unable to access the Nanopod store after upgrading to the Yosemite OSX.
Improved performance on Android devices.
Fix for rapid clicks triggering Tap and Hold hints on Steam. 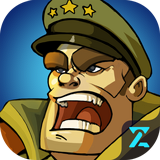 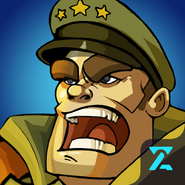