Unfortunately, it is more of a nerfed version of the BC-1 Snake. Which is surprising, as it is a later model. It lacks any form of Anti-Air abilities, and it's "Anti-Tank" attack only has a 10% crit chance. 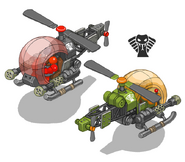 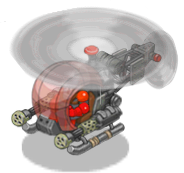