67 as part of the Breaking Into the Vault! sale.

This unit is very useful as its Arc Torch can burn enemies hiding behind blocking units and do high damage towards the unit behind the target. The Stinger Missiles is useful for softening large groups of enemies clustered together or simply to test your luck and hope it lands on scattered groups. Lastly, the Power Crush skill is a strong

. This attack is also useful against the Ancient Sentinel, as it can do about 150 damage with just a 2 turn cooldown. Additionally this attack can be used with the Shatter AMP attack of the Weapon Technician to deal incredible amounts of damage to units that are not immune to

Do take note that the Mech Trooper has no piercing resistance, so a ranked Sniper or a strong piercing unit can dispatch this unit very quickly.

A quick way to rank up the Mech Trooper is to fight boars in the Boar Badlands using only this unit.

Breaking Into the Vault sale, June 2015. 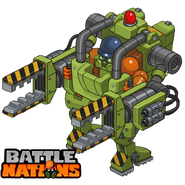 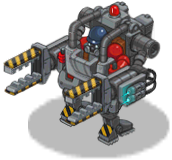 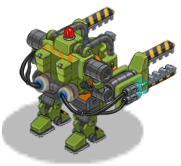